Most of the clients who come to see me for hypnotherapy to stop smoking have at various times in their lives attempted to stop without success or have in fact stopped for a period of time but started again after a few months and sometimes even years later. They invariably report that as non smokers they felt healthier, fitter and did not miss smoking at all. But that is until a voice in their head said “one won’t hurt” or “just this once to help calm me down.

I am sure we all recognise this scenario from personal experience or from someone we know who has fallen into this trap. What we don’t know is that this trap has most likely been set the moment we gave up! In fact when we stopped we actually hypnotised ourselves unconsciously to give ourselves permission to start at a later date. So how did this happen and how can we avoid it?

First I will ask you a question. How often do you talk to yourself? “Most of the time I think” is the standard answer that we would probably give. When we talk to ourselves we are using what sounds like our own voice. Now think of it this way, there are occasions when this inner voice sounds like someone else’s voice. For instance if we are internally mimicking what someone else has said to us.

So who’s voice is this? It’s your old smoking voice, the one that used to say “I’m getting a bit low I’ll just go out and get another pack to make sure I have enough.” It’s the voice that said “I’m feeling really stressed I must have a cigarettes.” Remember? It was telling you what to do all the time and just popped back up when you were least expecting it. When we stop smoking there is often a minefield of excuses left behind waiting to trip us up at at any moment we are not paying attention.

In a session will suggest to my clients that they never listen to that voice again and now they are aware of it,how it works and what it does they will be able to deal with it. So if you are about to quit or are already well into your new life as a non smoker make sure you are prepared for that old smoking voice if it tries to hijack all your good work in the future.

Some people may think that being hypnotised means that they have no control and someone is going to tell them what to do. The only thing a hypnotherapist will suggest to a client is what the client really wants to do and experience (as long it is for their own good) and that will always be prearranged between both parties. But isn’t it interesting how we are doing so many things on a daily basis without conscious awareness? Yes, we are very good at putting ourselves into trance without even knowing it.

If you would like to stop smoking with the help of hypnosis and the power of your own mind please call me on 07970218451 or you can rogerfoxwell.therapy@gmail.com to either book an appointment or for more information. 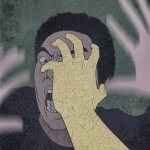 Alcohol Abuse, the dangers and what you can do about it. 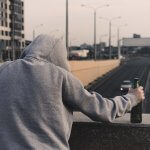