On January 14th this year 2014 Eric Lawson, an actor who appeared in the Marlboro Man advertisements, died of COPD (chronic obstructive pulmonary disease) age 72. He was one of various professional actors and actual cowboys who were hired to depict the all American healthy, tough and rugged male smoker of Marlboro cigarettes through the 50’s into at least the 90’s and beyond in one or two countries.

The Marlboro Man adverts were brought about in 1949 to help reposition the brand as a cigarette that men as well as women could smoke. The Marlboro brand had, since it’s introduction in 1924 been marketed as a cigarette for women but by the late 40’s as the dangers of smoking became more apparent it was thought (mistakenly) that a filter offered some protection against the toxic dangers of smoking tobacco. While other manufacturers were busy promoting the supposed health benefits of filter cigarettes Philip Morris used the ingenious marketing ploy of making the whole idea of smoking their brand masculine and depicting freedom. By using the image of the healthy outdoor life coupled with the iconic masculine image of the cowboy the Marlboro brand began to appeal to men and from 1955 to 1957 sales rocketed achieving a staggering 300% increase.

It is interesting to see a clip of one of these original adverts (youtube). Notice how the ad hooks the viewers unconscious attention from curiosity to confusion, through frustration and then to resolution. This advertising trick is designed to hook us in and then rely on our natural unconscious need for resolution. Having been drawn through curiosity, confusion and frustration unconsciously we are looking for resolution and here everything we are being sold along with the promised experience (freedom, masculinity, the great outdoors and nature) is linked at the end to what is being sold – cigarettes. Very clever when we realise that freedom, masculinity, the great outdoors and nature has anything to do with smoking a cigarette! (Cigarette advertising has been banned in the UK since 1970 and is also banned or restricted in many other countries)

I have been using hypnosis for the last twenty years to successfully help hundreds of clients quit smoking. Now that we are all so much more aware of the dangers of smoking and smokers are hit with the ever increasing price of a pack there is really nothing left to imagine can commend them. If you are ready right now to stop smoking just call or email me and I will be happy to help you kick this unpleasant and dangerous habit. It may have looked attractive all those years ago in the adverts but there is nothing attractive about the dangers to one’s health that we are now so much more aware of. I aim to help everyone I see to quit in one session.

Many see the unfortunate deaths of some of the “Marlboro Men” from smoking related disease as an apt irony to the way cigarettes and smoking has been depicted in the past. Now we are all a lot wiser about the dangers of smoking than we ever were and have much more knowledge and information available to help us make our own informed decisions.

If you are ready to make that decision I look forward to hearing from you. 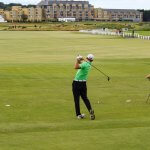 Help cure the Yips with hypnosis and EFT

Does lack of self belief undermine your confidence? 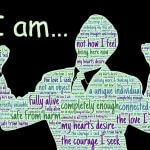