Do you have IBS

IBS is an issue that I regularly help clients with. Recently I saw a young man who had just left college and was now working in a local supermarket. Unfortunately he had been suffering from IBS since he was a teenager at school and it had become a more and more chronic issue that was not only very painful at times but had begun to restrict many of his activities socially and professionally.

Every journey away from home had to be calculated in advance and longer periods away and travelling long distances had become out of the question. He was finding the stress hard to manage which obviously exacerbated the symptoms so things like holidays and family reunions, unless they were close by, were becoming increasingly difficult to attend. His girlfriend was supportive but obviously she would have liked them to be able to spend more time out together and be able to go on holidays so this was also a restriction for her.

Now anyone suffering from IBS symptoms will most probably recognise what I am saying and working as a clinical hypnotherapist the story people give me is very much the same every time. They have probably had it for quite a few years and the discomfort and restriction in their lives is wearing them down and depressing them. The interesting thing is that I really can’t think of a client that I have worked with who has had IBS symptoms who has not experienced real change within the first session and after just two or three sessions has not returned to a virtually normal life style.

For IBS sufferers even the NHS website says that there is no cure for it. However there are many qualified professional hypnotherapists who are achieving really good results with their clients so if you are suffering from this it is well worth finding a hypnotherapist in your area who will be able to help you. It could make a big difference to your life and help free you from the restrictions and discomforts that are part of living with IBS.

Depression is common but are we talking about it

Does depression make you feel helpless and hopeless? 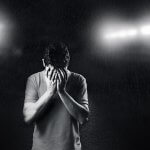 EFT and Hypnosis for Sport

Have you been Forest Bathing recently?