Some news in the media today (08/10/13) is about Jason a 12 year old who had suddenly experienced a panic attack on a plane before take off and could not continue with his flight. This led to a full blown flying phobia that had prevented him from returning with his family to the UK for fifteen months.

Interestingly, since he was a baby Jason had taken many flights but this event came out of the blue and was so overwhelming that boarding a plane was completely out of the question. The fear of flying had become so en grained that even though his mother had not seen him for months and he had tried four times to return home he had found it impossible.

However as a last resort his father decided hypnosis would be worth a try and called on hypnotherapist Russell Hemmings to help. Very soon he was happily on the way home and reunited with his mother, family and pet dog in Weston-Super-Mare.

Fear of flying prevents thousands and thousands of people from enjoying the holidays they have always dream t of, from taking jobs they would love and spending precious time with family and friends. One of my clients a few years ago was a boy of Jason’s age who could not fly down to the West Country to see his father but like Jason within one session he was on the plane and is now a seasoned traveler up and down the country. Another recent client, a busy professional actor was dreading a tour to Australia but after just two sessions she had a wonderful three months in Sydney and since then regularly and happily travels abroad and up and down the country by plane.

If you suffer from a flying phobia and it is preventing you from enjoying your holidays, doing your job or seeing the world, hypnotherapy is the simplest way that I know of to help you get back on that plane. Plus, as the majority of my clients do, you will even enjoy the flight as well. If you would like to know more call or email me and I will be happy to help.

So find yourself a good hypnotherapist and then have a great holiday! 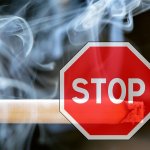 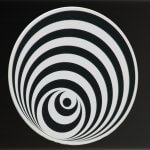